Claims of slander against CRAS

Russian  »Confederation of revolutionary anarcho-syndicalists » (Russian section of the IWA, the International Workers’ Association) has published a Facebook status accusing Liberté Ouvrière of lying and slandering them.

Montreal group ‘Liberte ouvrier » (self-declared « anarcho-syndicalist ») chares in the net slander about the section of IWA in the region of Russia accusing us the conspirationist position in the actual capitalist transformation of economy and politics, in classical stalinist style.

Here is the text they say that is slandering them.

False accusations of slander to discredit criticism against Freedom Convoy

What should be understood here is that CRAS is making up a  »lying/slander » accusation out of nothing.

Indeed, this is false accusations of slander. Nowhere in the text it is said that CRAS adheres to  »Great Reset » narrative. See by yourselves. Here is the exact extract from the text that is upsetting them:

The Confederation of revolutionary anarcho-syndicalist ( CRAS is Russian Section of International Workers Association) decided to align themselves with the conspirationist NEVERMORE Canadian journal narrative. CRAS has indeed published an opened letter to Trudeau written by Margaret Anna Alice published on NEVERMORE journal website.

In this letter, the author supports the truckers and talks of the Great Reset, a conspiracy theory embraced wholly by the NEVERMORE journal

In a text criticizing Ottawa anarchist collective ‘’Punch up’’, NEVERMORE confirms their adherence to conspiracy theory of the Great Reset.

We have now endured two years of the Great Fascist Reset spearheaded by Klaus Schwab and his World Economic Forum and we might imagine that the sight of rebels occupying a capital city and demanding an end to the nightmare would spark stirrings of solidarity and support in the hearts of genuine freedom-lovers.

Given their obvious instinct to side with power against ordinary people, maybe Punch Up ought to consider changing their name to Punch Down?

Little surprise, perhaps, that these “anarchists” regard the Canadian people who are rising up against the Great Reset as their “enemies”!

Fact is that CRAS hasn’t published just one NEVERMORE article (the opened letter to Trudeau)… but two.

The second article from NEVERMORE that was published on CRAS’ website is exactly the one where NEVERMORE criticizes Ottawa’s anarchist  »Punch up Collective » for not supporting the  »Freedom Convoy ».

However, they added a note to this second NEVERMORE article about CRAS not endorsing the  »Great Reset » narrative of NEVERMORE journal.

(1) Note by aitrus.info. Unlike our comrades from Nevermore, we are not inclined to consider Schwab and the WEF as some kind of single center from which a preconceived worldwide transition to a new model is systematically carried out. Schwab and other experts are nothing more than a think tank of global capital. Experts always offer something, but decisions are made by states and capitalist corporations if they consider the proposed projects beneficial for themselves. It’s just that for a new stage of capitalism, « capitalism of control », these developments turned out to be in the court, as once, in the early 1980s, the developments and proposals of neoliberal economic schools. And then capitalist competition comes into play: states and corporations begin to compete with each other, rushing to introduce new measures, get ahead of the competitor and borrowing his achievements.

The point made in the original Liberté Ouvrière text is not that CRAS adheres or not to conspiracy theories, but that NEVERMORE does. The problem is elsewhere as we can see in the following.

The two sole Canadian anarchist articles published on CRAS’ website comes from the same source and this source is a Canadian so-called  »anarchist » conspiracy journal.

CRAS’ error is that they completely ignored the opinion by the rest of Canadian anarchists about the Freedom Convoy in the mean to confirm their own narrative about sanitary measures. That is called Cherry picking:

Cherry picking, suppressing evidence, or the fallacy of incomplete evidence is the act of pointing to individual cases or data that seem to confirm a particular position while ignoring a significant portion of related and similar cases or data that may contradict that position.

Here’s an exemple of North American anarchist stance about the sanitary measuress and Freedom Convoy.

Two years into the COVID-19 pandemic, a popular movement demanding an immediate end to vaccine mandates and other restrictions on daily life has shaken the Canadian state to its core. Its calls have deeply resonated with members of settler-colonial society in which public health measures and other forms of collective solidarity are seen by some as an affront to individual freedom and an undue hindrance on capitalist enterprise. While the movement is now facing the brunt of a massive wave of state repression, from which it is unlikely to recover, the contradictions it has exposed are only set to get worse.

Since CRAS is part of IWA, it would have been better for them to ask North American Comrades in Workers’ Solidarity Alliance (WSA is USA friend of IWA) what was their opinion about the Freedom Convoy and listen to them.

CRAS rather  »cherry picked » what suited their own political narrative and sided with NEVERMORE.

Here is for exemple of an article that was published on Ideas and Actions, the theoretical website of WSA that could have been shared or at least considered by CRAS to make up their views about the North American context.

Covid-19 Crisis and Battling Capitalism in the Post-Truth Era

But state governments have already been influenced by right wing lobbyists to open early, instead of heeding the advice of medical experts. The result will be re-opening the flow of profits to the wealthy while ordinary workers face threat of eviction if they don’t work, or possibly being infected with a potentially deadly disease if they do.

In the short term, it will take a major increase in democratic participation to have a real positive alternative to these terrible conditions. If we are effective at this, we can increase consumer protections and safeguards, bringing about things like rent freezes and reductions and comprehensive universal healthcare. In the long term, we believe that a self-managed libertarian alternative to capitalism can withstand crises better, by focusing on production directly for use (instead of producing commodities that continue to pile up in landfills), accessibility, solidarity and direct participation.

We will also need to find ways to battle the multimedia information hegemony that convinces masses of people that conspiracy theory is factual and that directly improving our own lives is against our better interests. So, we need working class journalism and theory that brings libertarian ideas into the mainstream and popularizes them. We need to overpower the voice of big capital with the voices and stories of the masses of everyday working people.

Some years ago, CRAS shared a French far-right Boris Le Lay video where Yellow Vest demonstrators were setting a building in fire. Concerned people, had to tell online CRAS to remove this video because of it’s problematic source. Which happened in the end – good news. However CRAS’ attitude toward far-right in social movement hasn’t changed and their complacency with questionable sources hasn’t changed like we have seen with NEVERMORE journal.

Like most left-wing/anarchist  »Freedom Convoy » supporters, CRAS claims that it is a legitimate working-class movement and the presence of far-right organizers and police supporters shouldn’t stop anarchists to side with them to denounce authoritarian vaccine mandate. This narrative also suggests that denouncing Freedom Convoy is siding with Liberals. This view is a clear complacency toward far-right presence in social movements and narrative.

Like it is said in the original Liberté Ouvrière text, the French  »Convoi de la Liberté » did make sure in Paris not to side with a far-right convoy by organizing their meeting point elsewhere in the mean not to be associated with far-right groups. In Quebec,  »Vite les péchés » did by not side with Eric Duhaime in her disobedience against closure of non-necessary shops. Also CRAS doesn’t take into account that anarchists have stated and acted against police-based sanitary measures, at least in Montreal. Anarchists have also organized a rent strike organizing at least in Montreal.

Again this is all stated in the original Liberté Ouvrière article.

However CRAS just refuses to read/consider the rest of the original Liberté Ouvrière text because they say the whole text has no credibility since they feel slandered by a part of it.

In the end, the point of the original Liberté Ouvrière article was to underline the confusion about Freedom Convoy by quoting and referring to various medias and political articles and sources to let non-Canadian people know what it is really about. It as been generally very well received which is encouraging.

In response to the Liberté Ouvrière article, it as been shown in conclusion that CRAS (or at least the most vocal figures in it)

Indeed, the manager of the CRAS Facebook page, even pushed the blame of the Canadian Freedom Convoy situation on North American anarchists not to have organized more against the vaccine mandate. It would have been a pleasure to prove that they stated this, but CRAS Facebook page manager just managed to deleted the whole discussion thread under their publication under the pretext of lack of respect in the debate.

Hope this article clarifies the situation about CRAS’ claim of slandering them. CRAS’ slander claim is just a pretext to discredit anarchist criticism against  »Freedom Convoy », which they seem to support.

No more comments will be done about CRAS on that particular debate. 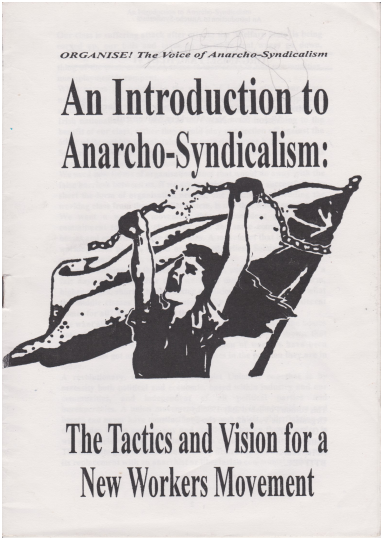